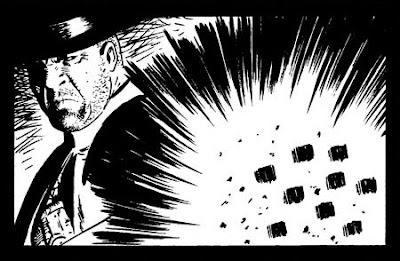 So another reason why I've been so busy is that just before I left for the Hi Ex con, I found out that Defoe was finally getting a trade collection! A big surprise for myself and Pat, as we thought it wasn't going to be discussed until we finished Book 3 which I'm currently working on, but it's actually collecting the first 2 books!
Now, as I'm obviously a nut job, I requested that I be allowed to go back and redraw alot of panels that quite frankly, looking back now, are pretty bad. I like to think I've grown as an artist over the 2 and a half years since I started working on Defoe, and plus, this is my first ever trade collection so I want to be able to look at it without cringing. This is the CURSE of being a comic book artist...
I had to be careful not to get too obsessive about it though--as much as I'd love to redraw the whole thing, I made sure just to stick to redrawing the worst offenders, so I'm very grateful to my bosses at 2000AD for letting me do this.
No idea as to when in 2009 it'll be released, as we still need to work out a cover as well, but I'll let you know!
L
Posted by Leigh G at 11:24 No comments: 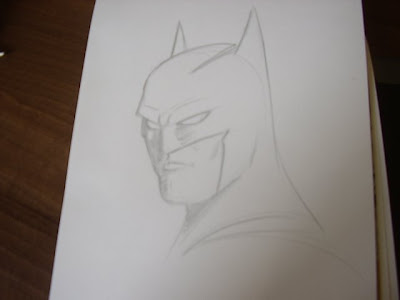 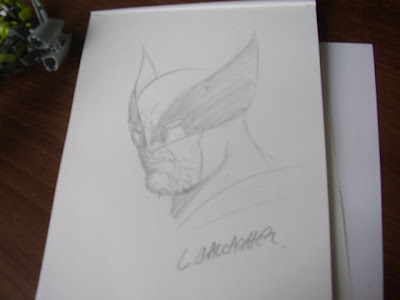 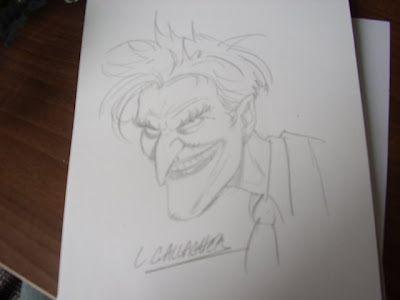 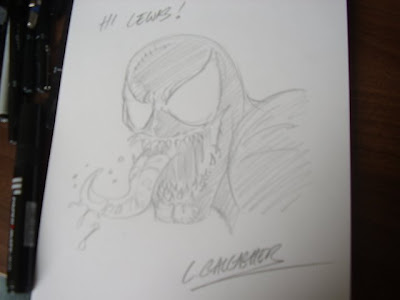 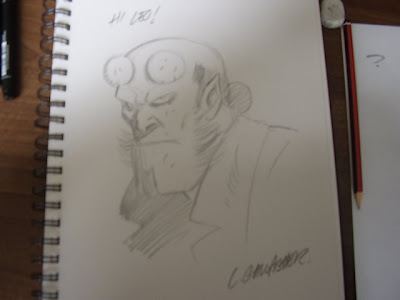 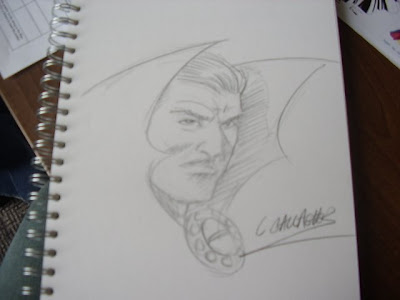 Sorry it's a bit late with this report--been busy as hell since I got back that weekend.
A big thanks to Rich and Vicky for arranging a great con in Inverness, despite the obvious uphill struggle everytime a fellow creator unfortunately cancelled.
But we had a great time, made some great new friends (too many to mention, but you know who you are!), and I actually made sure to give myself breaks from sketching this time! Pretty happy with the overall quality and speed of the sketches this time, seen above. Helps that I was mainly doing them in pencil ...
The charity Auction raising money for Children 1st apparently went very well! There were soooo many cool items donated, and I was very happy to hear that the Batman piece I donated fetched a great price for the charity.
I even managed to get on a couple of panel discussions as well--clearly made a fool of myself on the Zombie panel, gushing to legendary writer Alan Grant about how "The Thirteenth Floor" was such a huge inspiration to me and how it influenced the style I now use for Defoe. He probably left the convention making sure that I wasn't following him...
L
Posted by Leigh G at 10:56 6 comments: 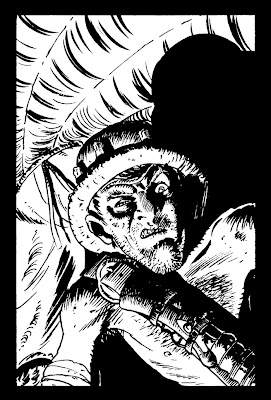 Yeah, it's a bit of a bugger that I can't show you much of the latest book of Defoe that I'm working on--doesn't really make for much of an interesting blog for a start! So that's why I'll just try and post the odd panel that doesn't give anything away.

Another thing that qualifies as being "a bit of a bugger" is that once again I've done exactly what I swore I wouldn't do with this book, and gone completely overboard with the detail! Seriously, when you see this thing in the summer, you're not gonna believe all the crosshatching I've done!

Currently waiting for approval on what would be my third 2000AD cover--though to be honest, it's touch and go, as the idea I suggested is pretty controversial , BUT it has the potential to be a CLASSIC cover if we did it... 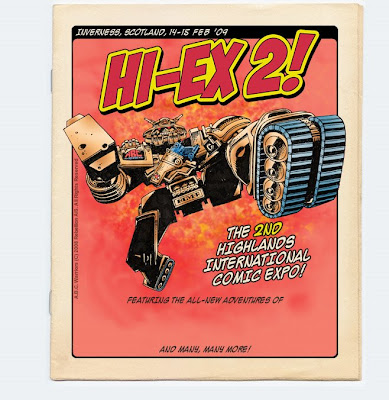 I'm gonna be showing my pretty face at Inverness's HI-EX con on 14th-15th February, doing sketches, a couple of panel discussions, and a workshop for the kiddies showing them how to draw Superman and Batman. Should be a blast, so pop along if you're in the area.

No free doughnuts this time though--I aint made of money dammit!